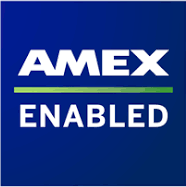 As an accredited third party testing lab, CTI performs ISO 7810 physical card testing and ISO 7816 IEC/Chip (smart card) testing. CTI tests and reports to the issuer on the quality of their card in reference to AMEX standards. Issuers can send the test report for approval or address any card issues found during testing.

CTI’s AMEX accreditation is proof of our commitment to standards and compliance and reflect our achievement in the field of Card Testing now in our 24th year.
×